This shop has been compensated by Collective Bias, Inc. and its advertiser. All opinions are mine alone. #BakeItYourself #CollectiveBias #HomemadeCinnamonRolls​

A festive edible wreath made of homemade cinnamon rolls, cranberry orange compote filling and a sweet glaze. Cranberry Orange Cinnamon Roll Wreath is sweet and tart, buttery and perfect for a crowd! 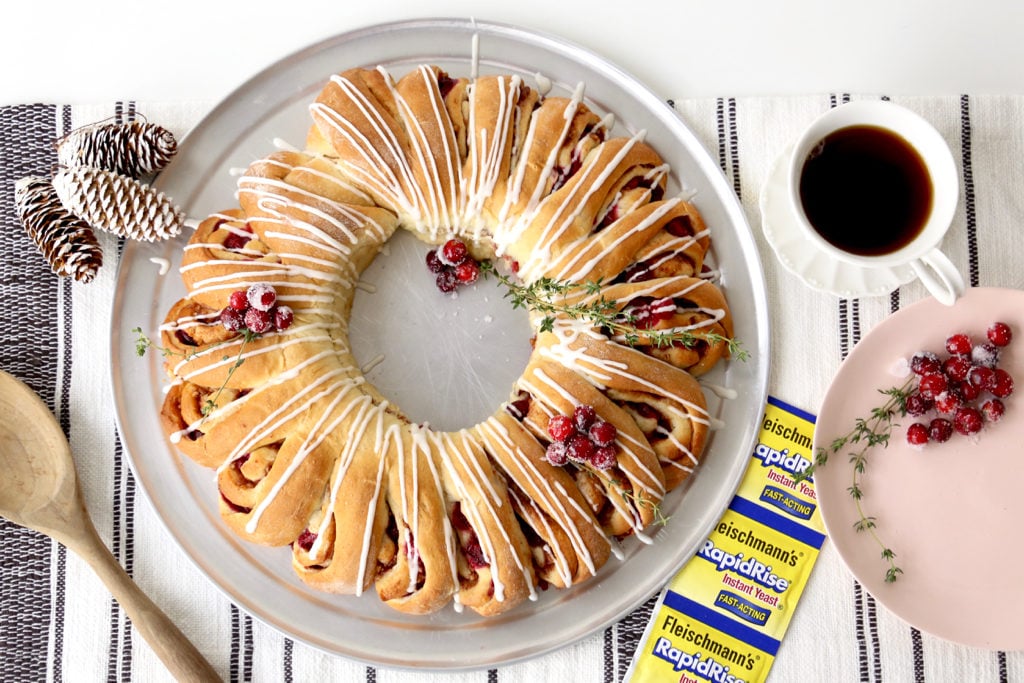 Cinnamon rolls are the essence of the holiday season, a morning gathering with family and a table full of food and drinks for all to enjoy. A classic cinnamon roll is hard to beat, but adding cranberries and orange zest and shaping it into a wreath will decorate your table and fill your guests. The idea of baking cinnamon rolls from scratch sounds daunting to most, but let me tell you, it is worth it. There is no better smell in your kitchen and the amount of joy it will bring to use your hands and create something your whole family will love. This recipe will walk you through step by step to make the perfect Cranberry Orange Cinnamon Roll Wreath.

Ingredients are the key to making homemade cinnamon rolls as good as your favorite bakery. Whether you are a beginner baker or more advanced, Fleischmann's® RapidRise® Yeast will guarantee a fluffy and flavorful cinnamon roll that will take less time but will produce exceptional quality. When you are hosting a breakfast or brunch during the holiday season, time is of the essence, and this recipe can be made the morning of and will be on your table and ready to enjoy! 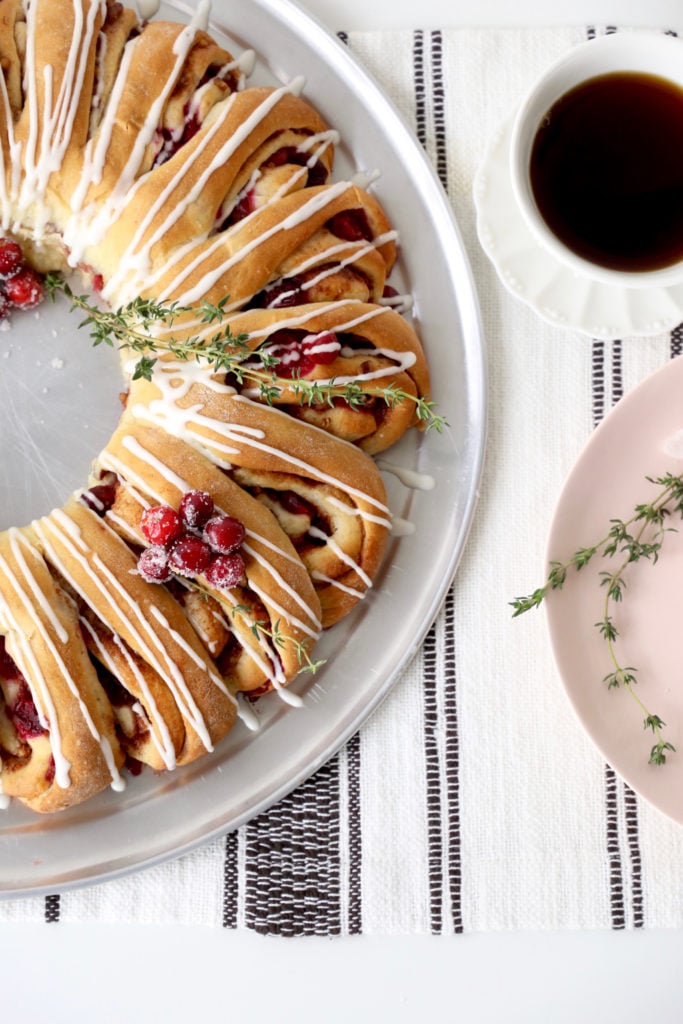 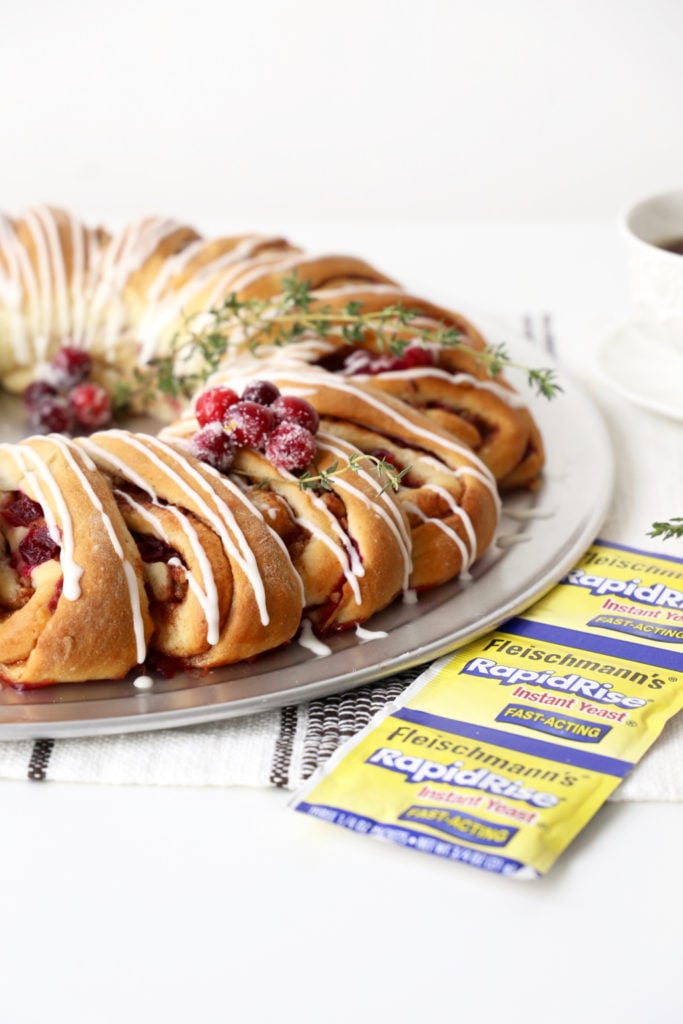 Here we go!  The dough is the base and most important part of your Cranberry Orange Cinnamon Roll Wreath.  Making sure that your dough is made with the exact ingredients, mixed for the right amount of time and given the time to rise will ensure the best cinnamon roll wreath.  Flour, sugar,  Fleischmann's® RapidRise® Yeast, salt, water, butter and an egg is what makes up this fluffy dough. When using yeast, there are a few key items to be aware of.  Check the expiration date; using yeast that is expired is often the reason the dough does not rise. When you are adding the liquid into the flour mixture, the temperature of the water needs to be lukewarm; approximately 120 degrees-130 degrees Fahrenheit.  If the water is too hot, it will kill the yeast and that is another reason the dough does not rise. Once you have all the ingredients added together, you will knead the dough by hand until it is smooth and the dough springs back. The dough will rise for ten minutes before rolling it out into a large sheet and is ready to be filled!

The Filling:
A classic cinnamon roll filling is made up of butter, sugar and cinnamon.  This recipe starts with the same base, but a flavorful and holiday inspired cranberry orange compote is layered on top of the cinnamon, sugar and butter.  The cranberry orange compote is started with simple syrup; granulated sugar and water brought to a boil. Once the sugar is dissolved, add in fresh cranberries and orange zest and simmer until the cranberries start to pop.  Remove the compote from the stove, strain the additional juice and allow the cranberries to cool before layering over the dough.

Make your Wreath:
Here is where the fun begins!  Once the filling is layered, tightly roll up the dough creating a 15 inch log.   Shape the dough into a ring, tuck the edges and slice the dough approximately 1 ½  inches apart without cutting all the way through. Keeping the ring attached in the center will give this ring its shape and the Cranberry Orange Cinnamon Roll Wreath is ready to go.  Lightly cover the wreath and allow the dough to double in size before baking, about 45 minutes.

Frosting:
You’ve made it through the hard part, the frosting is simple and sweet.  Powdered sugar, milk, butter and vanilla extract makes up the final and in my opinion the best part of the cinnamon roll wreath.  Whether you want a delicate drizzle or the frosting slathered on, the Cranberry Orange Cinnamon Roll Wreath is super festive and more importantly crazy delicious and will be the perfect addition to your holiday table! 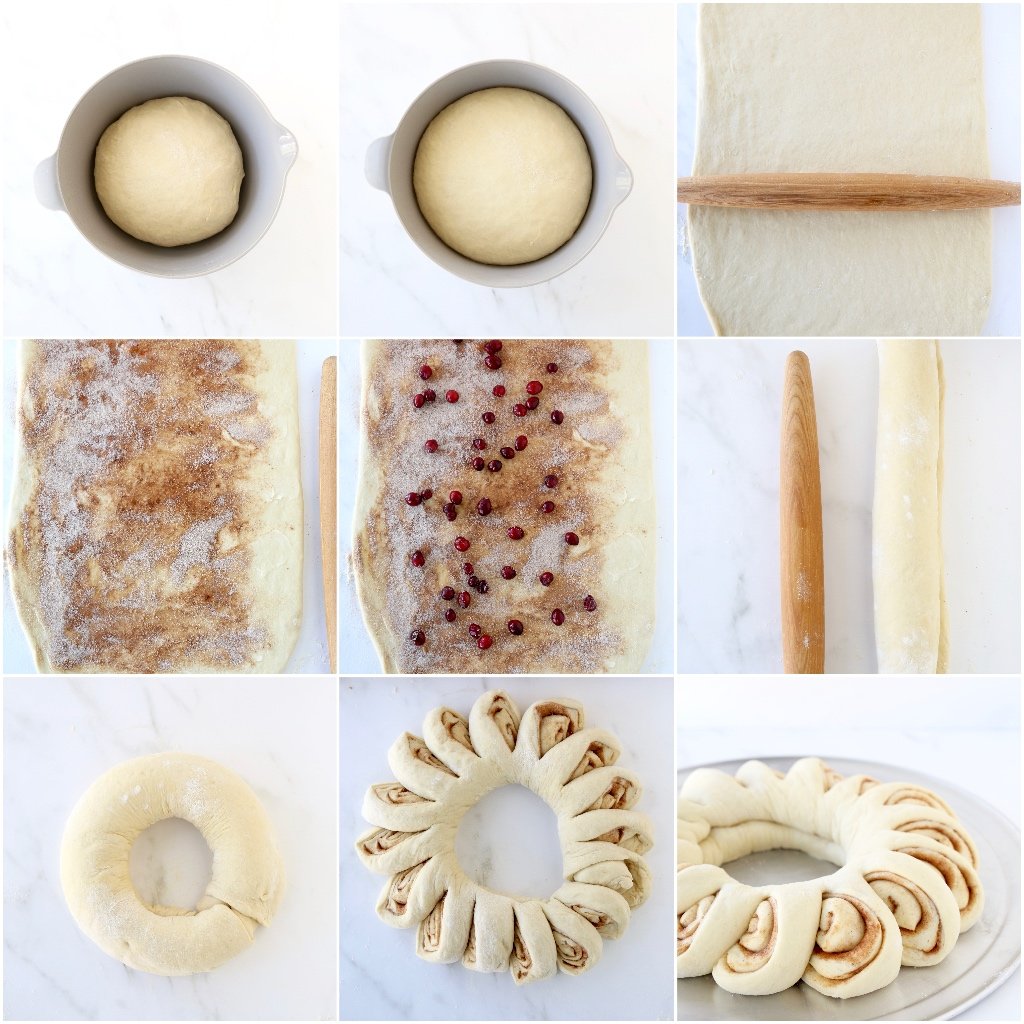 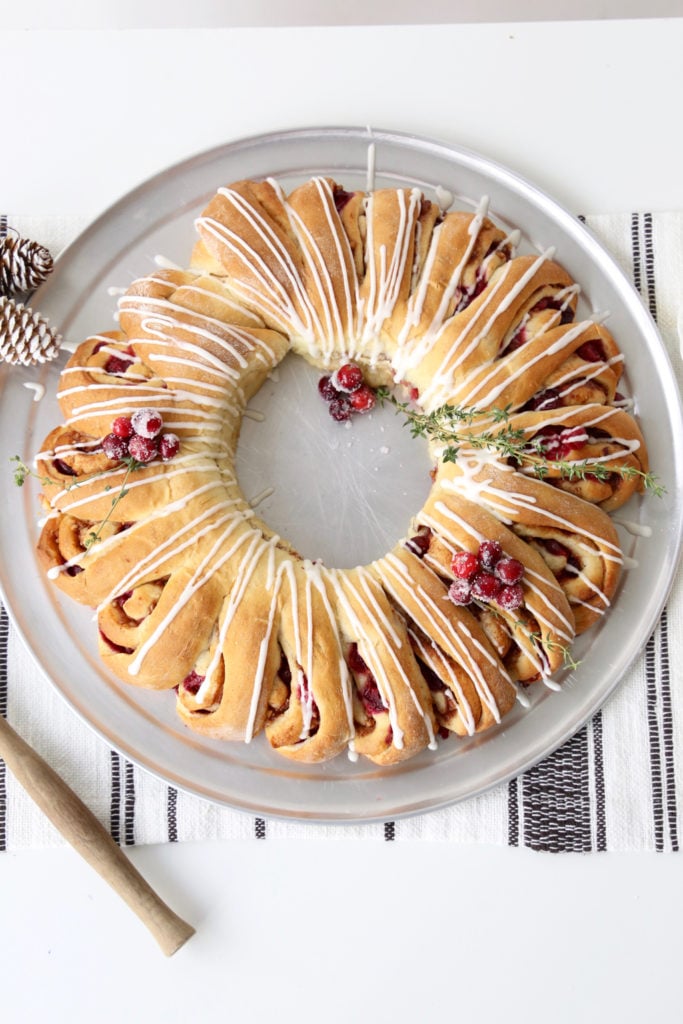 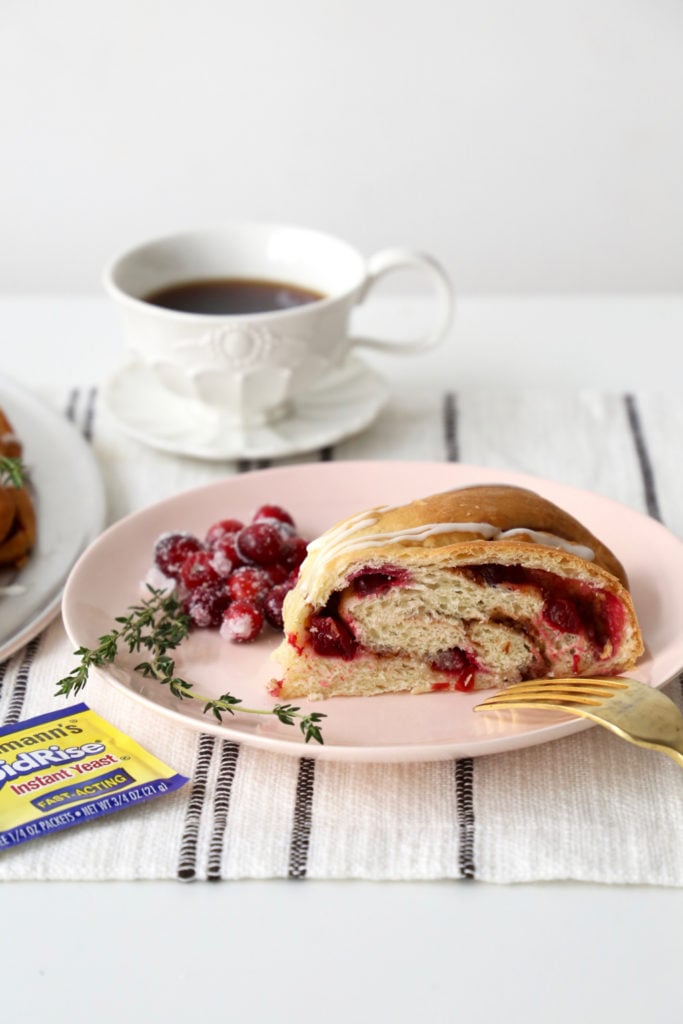 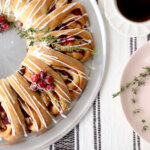