Cinnamon Sugar rolled in a buttery croissant dough, Morning Buns are going to change the way you breakfast! 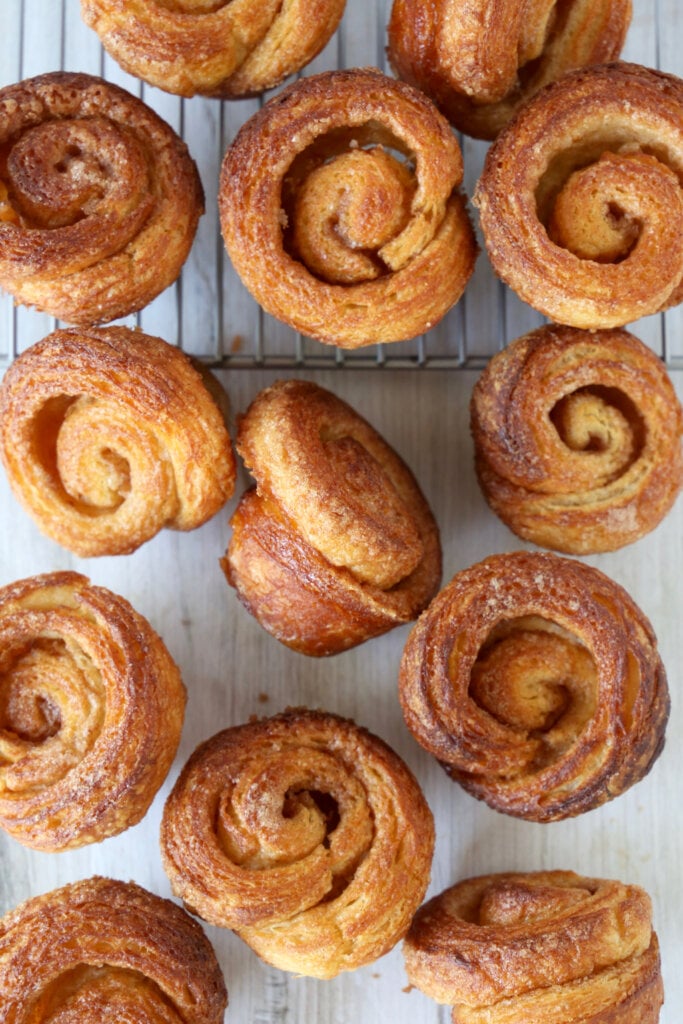 I am pretty sure there has never been a Morning Bun I didn’t like and I have to say, I have tasted a bunch. I love the flavor and texture of morning buns, but I am also fascinated with the process that it takes to make these rich and buttery breakfast pastries. Although some might think a morning bun is similar to a cinnamon roll, there are quite a few differences. These cinnamon sugar rolls are not made with a sweet dough, they are traditionally made with a croissant dough, hence the super flakey layers. Although the filling of butter, sugar and cinnamon is quite similar, once the Morning Buns are baked more butter and cinnamon sugar coats the exterior of the bun instead of loading it with a sugar glaze. I love the texture, I love the technique and I love eating these with a big cup of coffee. Don’t be scared of the process, it is totally worth it! 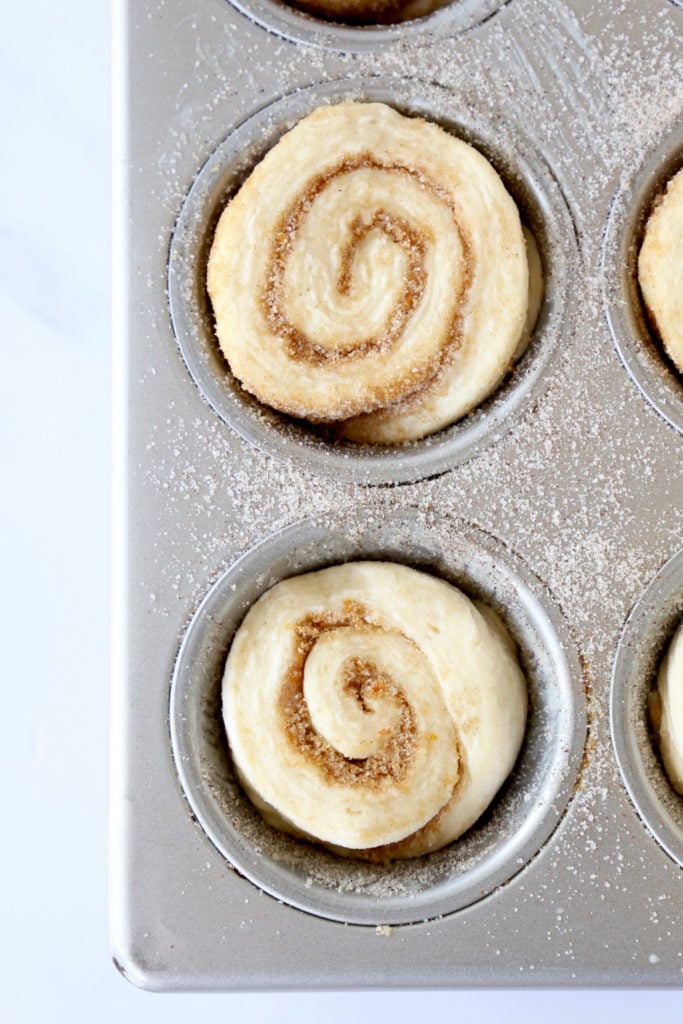 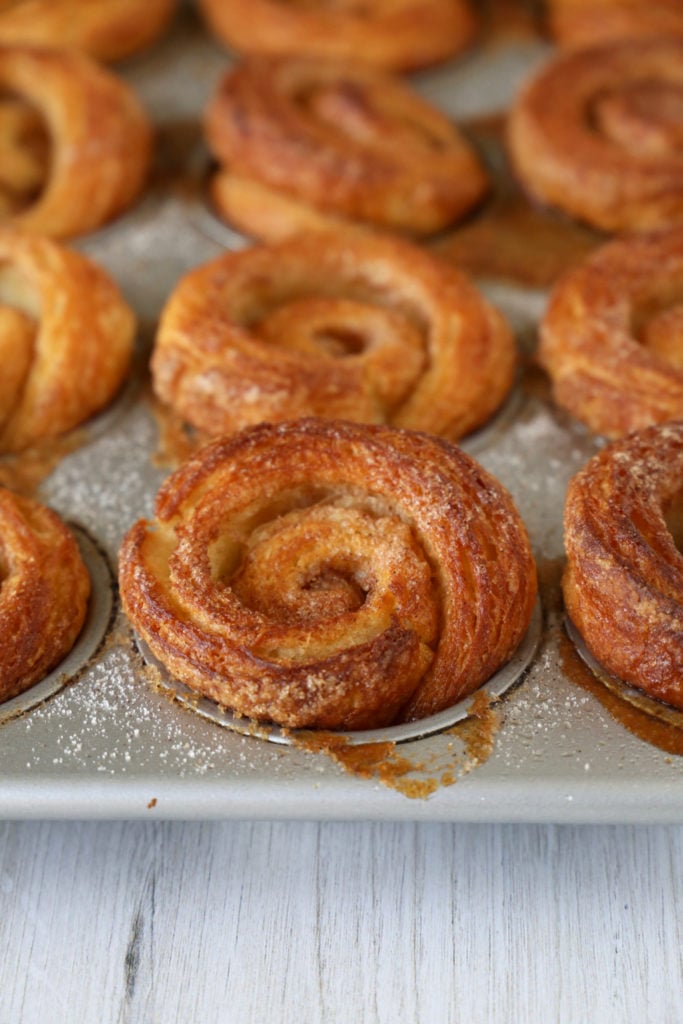 Laminated Dough
Laminated Dough is a technique that alternates the layers of fat (butter) and dough through several folds. Although this is a longer process than just throwing ingredients in a mixer, it is totally worth it once the flaky layers come to life. Starting with dough formed into a square shape, this will be the base for your laminated dough.

Butter Block + Letter Fold
There are a few different ways to laminate dough, but using the butter block and letter fold method is one that guarantees success and beautiful layers. Once the dough has rested, the rolling and folding will begin. The dough will be rolled out into a large rectangle and the butter block is added to the center of the dough. Once the butter is placed you will fold the dough into a three fold (letter fold) and then you will allow the dough to rest. After this first fold, turn the dough ninety degrees and create another three fold. The laminated dough will rest in between each fold and will be repeated three times. This technique creates the flakiest layers of buttery dough.

Making the Bun
Once the laminated dough has had enough time to rest, this is where we create the Morning Bun. Roll the dough into a large rectangle, spread a layer of cinnamon sugar filling and roll into a tight log. Cutting the log into individual pieces will give you a perfect spiral of dough and filling and can be placed in a muffin tin that has been coated with butter and cinnamon sugar. Once the Morning Buns are baked to golden brown you will coat the buns in melted butter and more cinnamon sugar for the best thing you have ever had! 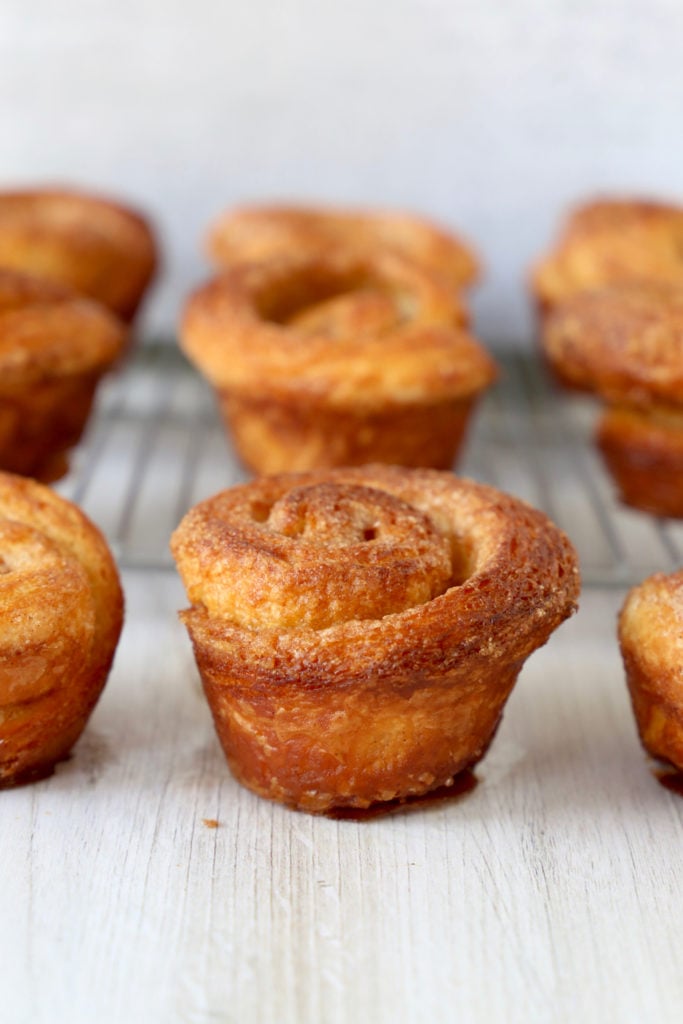 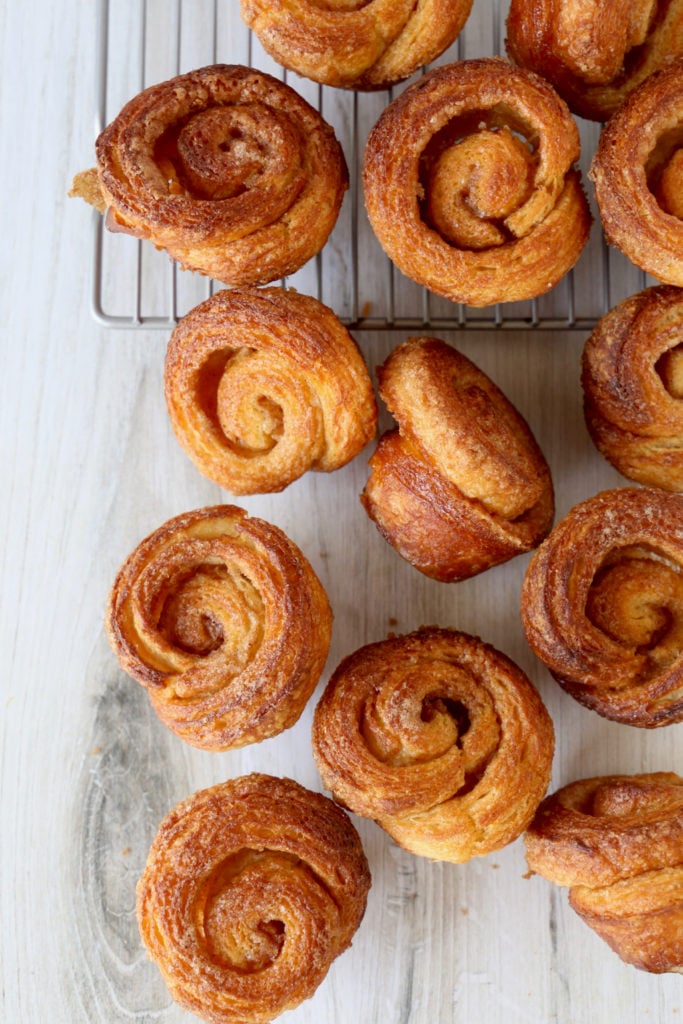 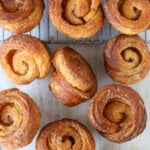