Perfectly packaged apples wrapped in a classic pie dough make Apples Dumplings a fall treat that is sure to be enjoyed on your Thanksgiving table! 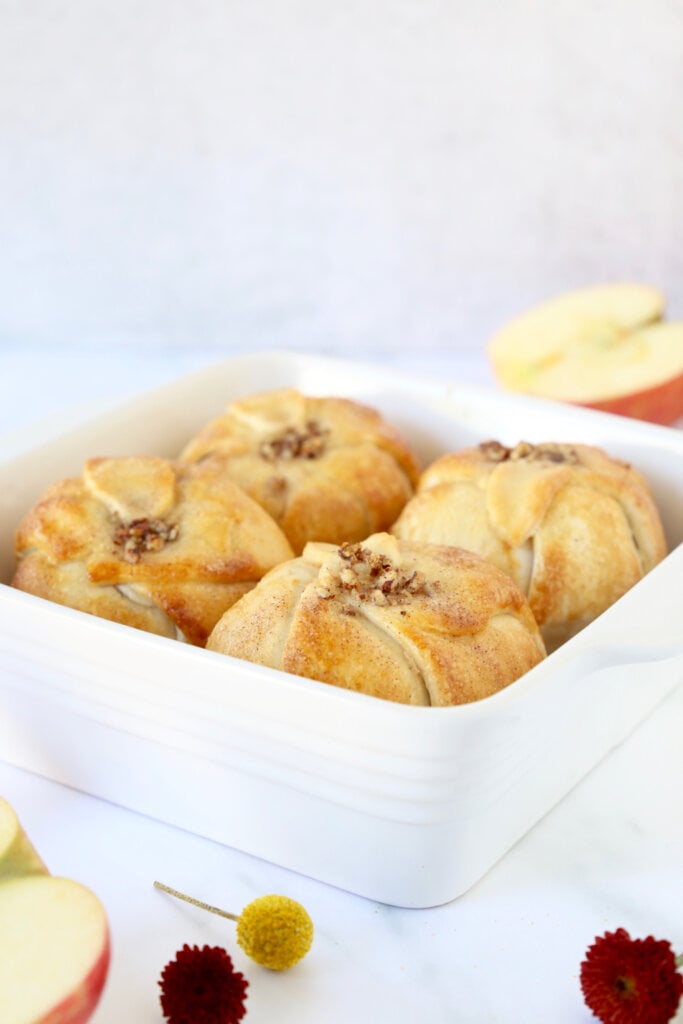 We are breezing through the fall season and let me tell you, it’s not all about pumpkins! Apples are one of the quintessential flavors of fall and there are hundreds to choose from!  Each variety of apple has so many unique qualities; color, sweet or tart, crunchy or soft, and all levels of juiciness. They can be eaten on their own, have so many wonderful health benefits and apples are the perfect fruit for baking. Having apple pie at your Thanksgiving table is a must, but apples have so much more life than just in a pie! This apple dumpling recipe is one of three awesome apple recipes I have coming for you! 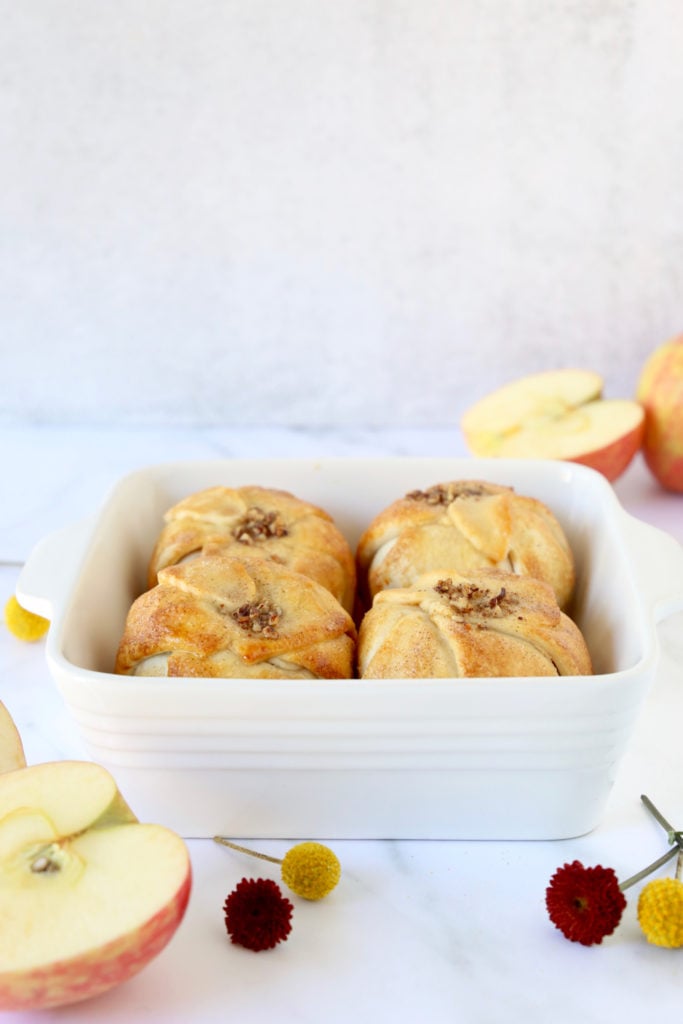 Apple Dumplings
Individual puffs of gooey pastry dough filled with cinnamon sugar stuffed apples, does it get any better than that.  Apple dumplings are a true southern delight that takes apple pie to another level. Large apples, honey crisp or granny smith, peeled and cored filled with a brown sugar, butter, chopped pecans and cinnamon mixture, wrapped like a beautiful package in a homemade or store bought pie dough and glazed with a cinnamon sugar sauce.  Apple Dumplings are just what you imagine your southern grandma whipping up in her kitchen! 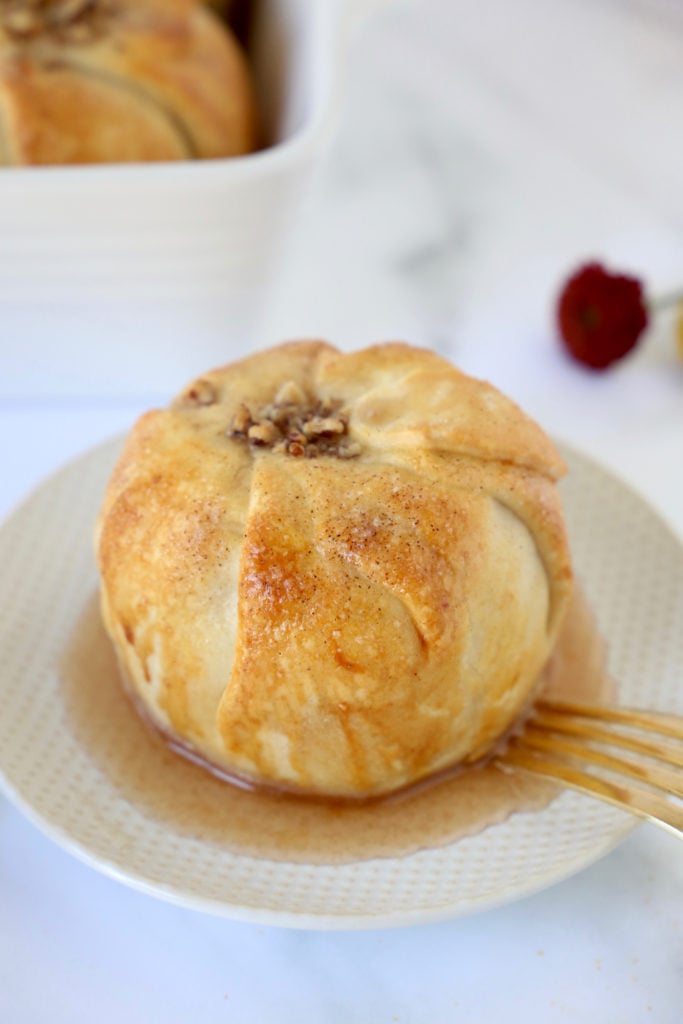 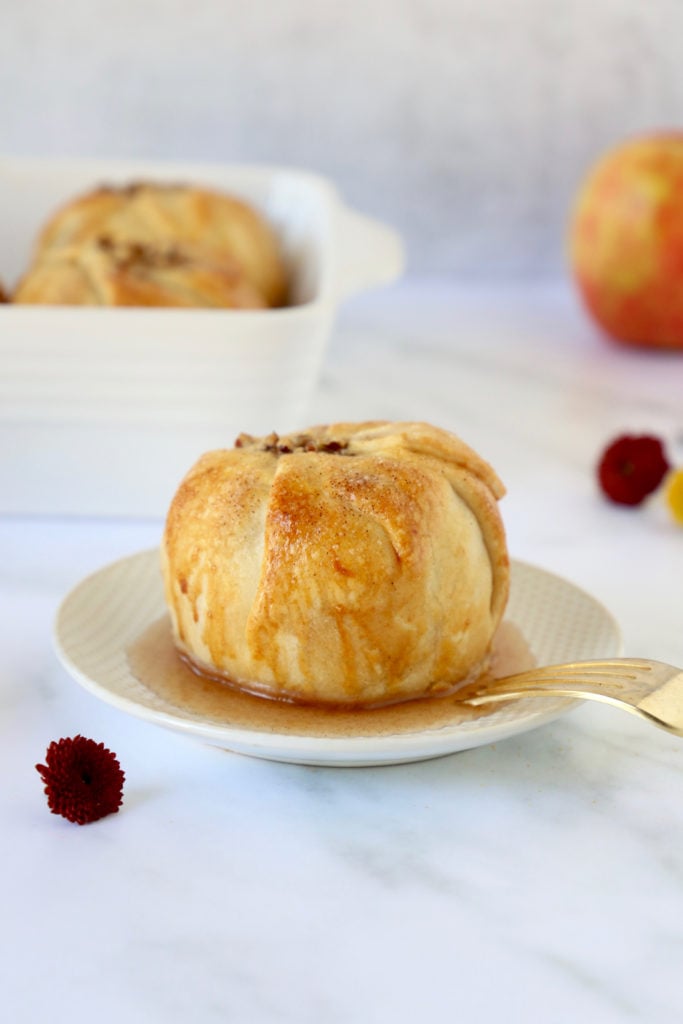 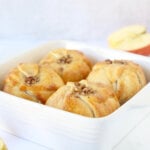