Bursting with blueberries and a subtle flavor of cinnamon, Blueberry Cinnamon Bread is a great way to kick off the day. 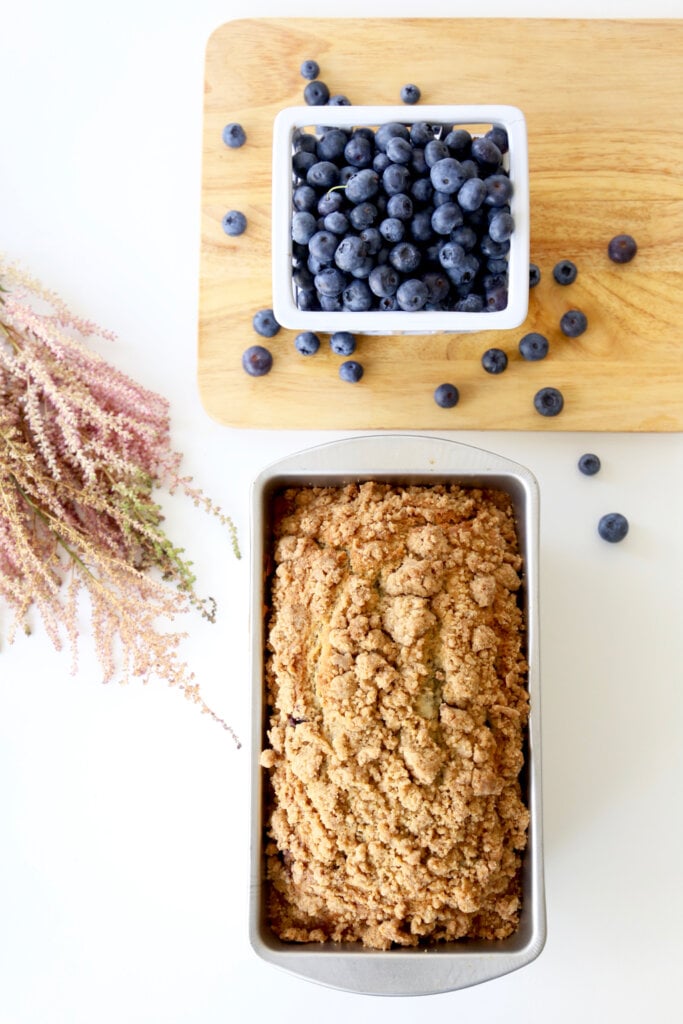 As we kick off the new school year, I have quickly realized how important a quick, easy and tasty breakfast is.  Most mornings we are running out the door barely getting our shoes on and breakfast is one meal I won't let my kid go with out.  It is so important for them to start the day feeling energized and a quick and easy breakfast is necessary.  I love this Blueberry Cinnamon Bread because it is not to sweet and has the perfect amount of fruit and flavor.  I added the simple cinnamon crumb topping for the texture and crunch it brings to the bread. 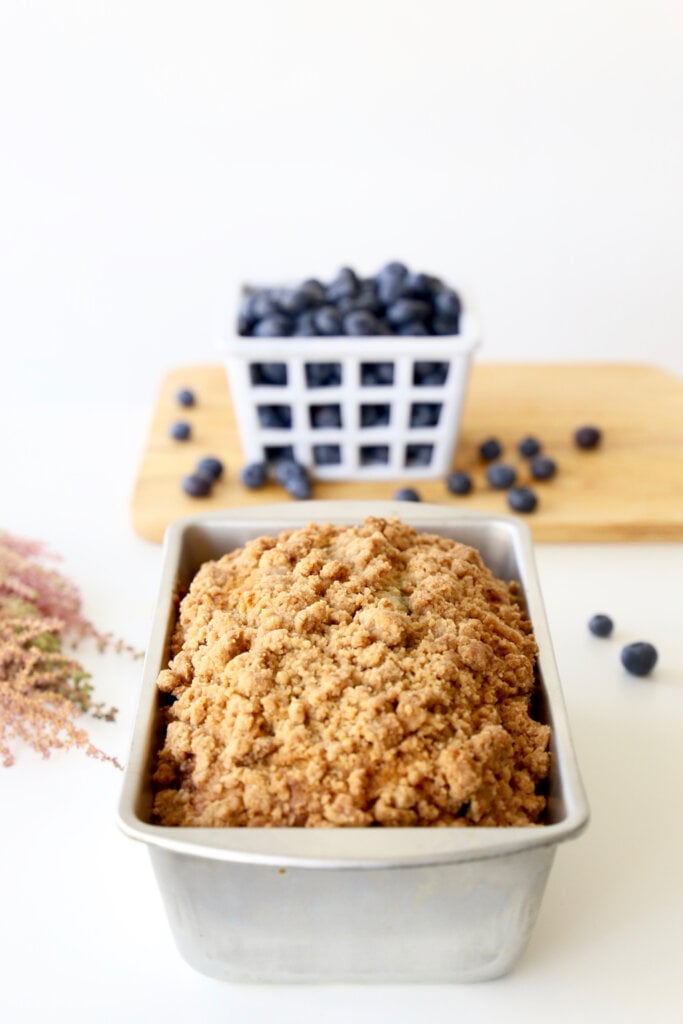 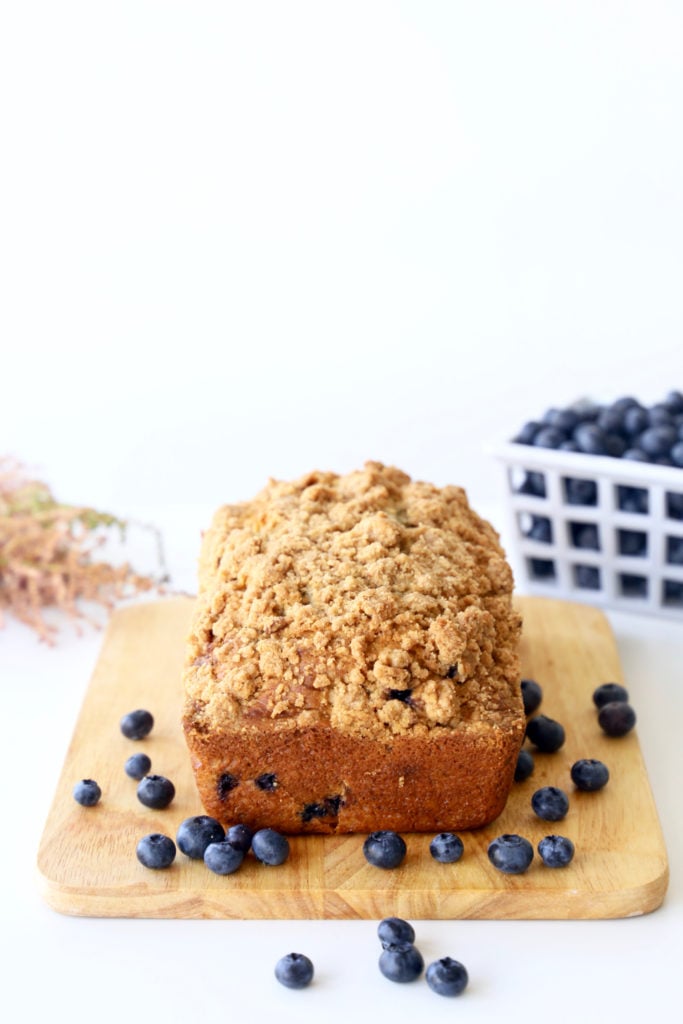 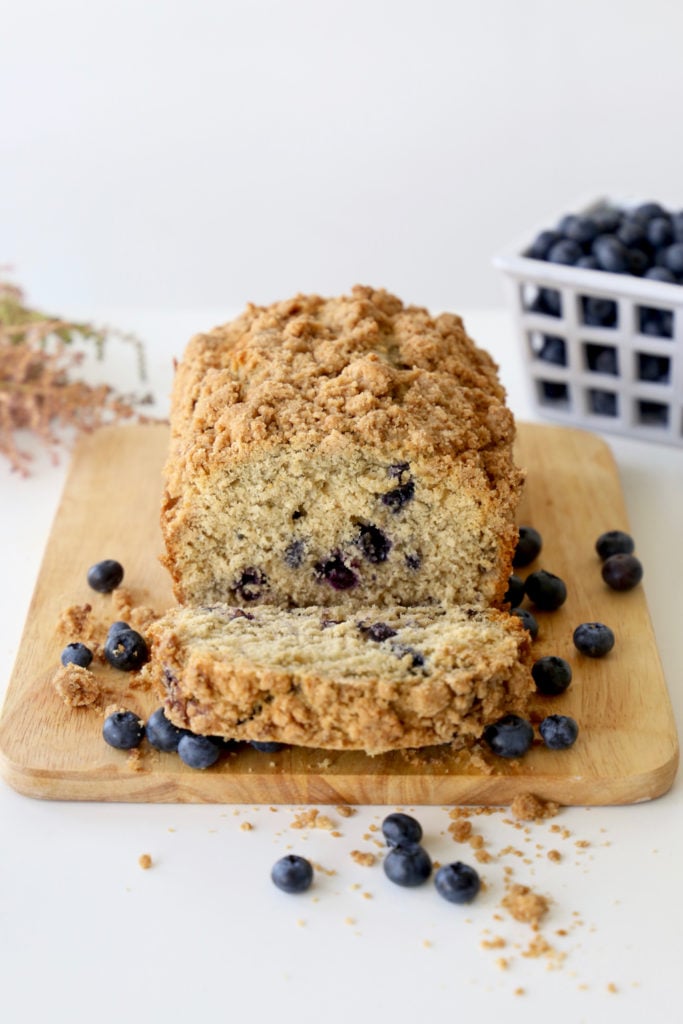 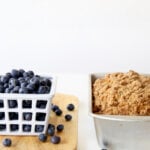 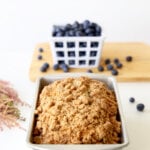