This post has been sponsored by Fleischmann’s® Yeast. All thoughts and opinions are
my own.

Homemade Almond Cinnamon Knots are here to start your mornings strong.  Made with a simple and quick yeast dough, twisted with almond cream and cinnamon sugar and knotted for the perfect bite. 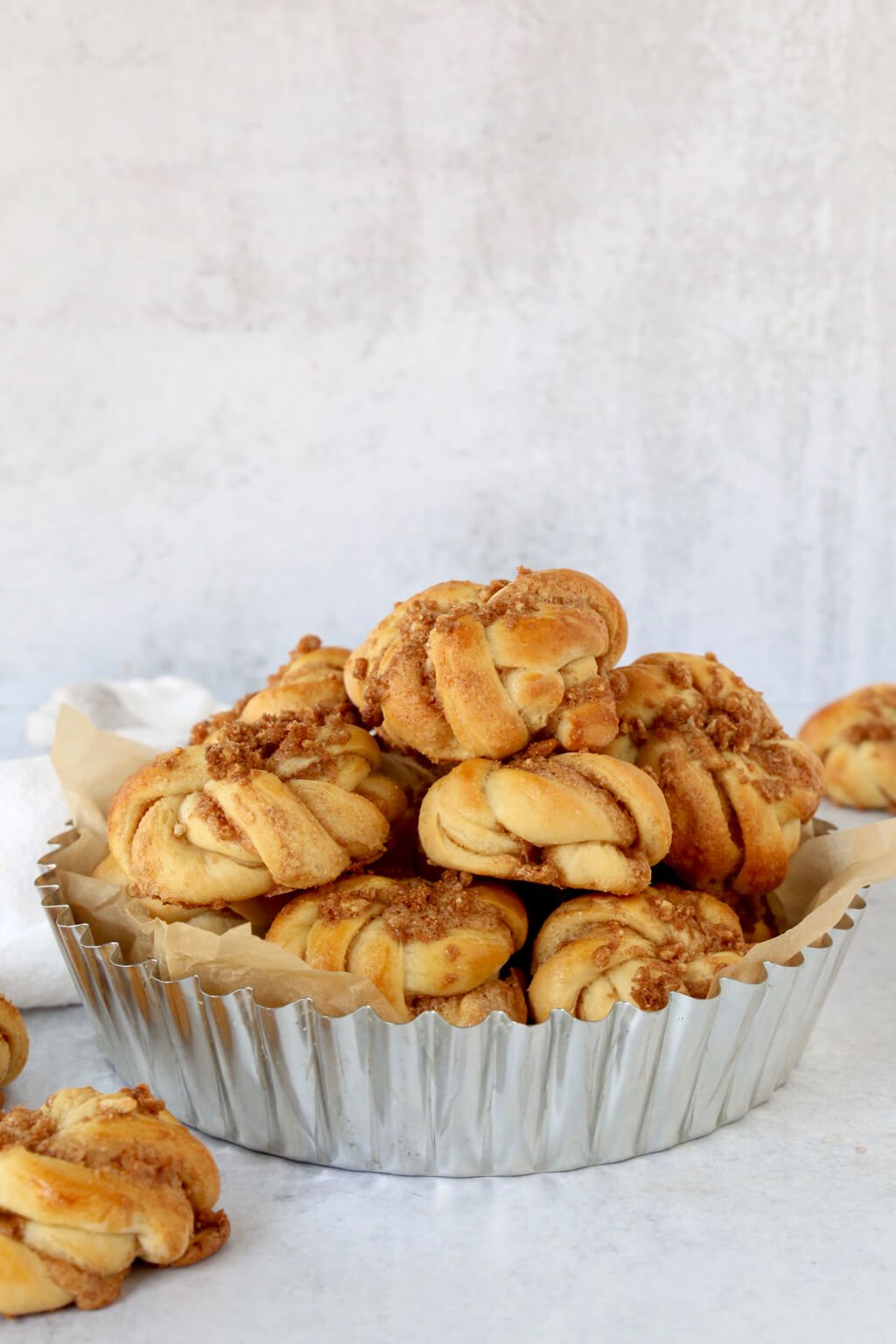 When it comes to fall mornings, coffee and Almond Cinnamon Knots are exactly what we all need.  They are made with a combination of the most smooth almond cream, a cinnamon sugar filling and a soft dough made with Fleischmann’s® RapidRise® yeast for a quick and easy process.  There is something so fulfilling about homemade dough and when it doesn’t take all day, you will be the hero in your home.  From the start of shopping at Tom Thumb stores or logging into their user friendly app, it will be a one stop shop to find the RapidRise® you will use for this recipe.  Once you are home and have started making the dough you will quickly appreciate the ease in making homemade dough and will make Almond Cinnamon Knots a fall tradition. 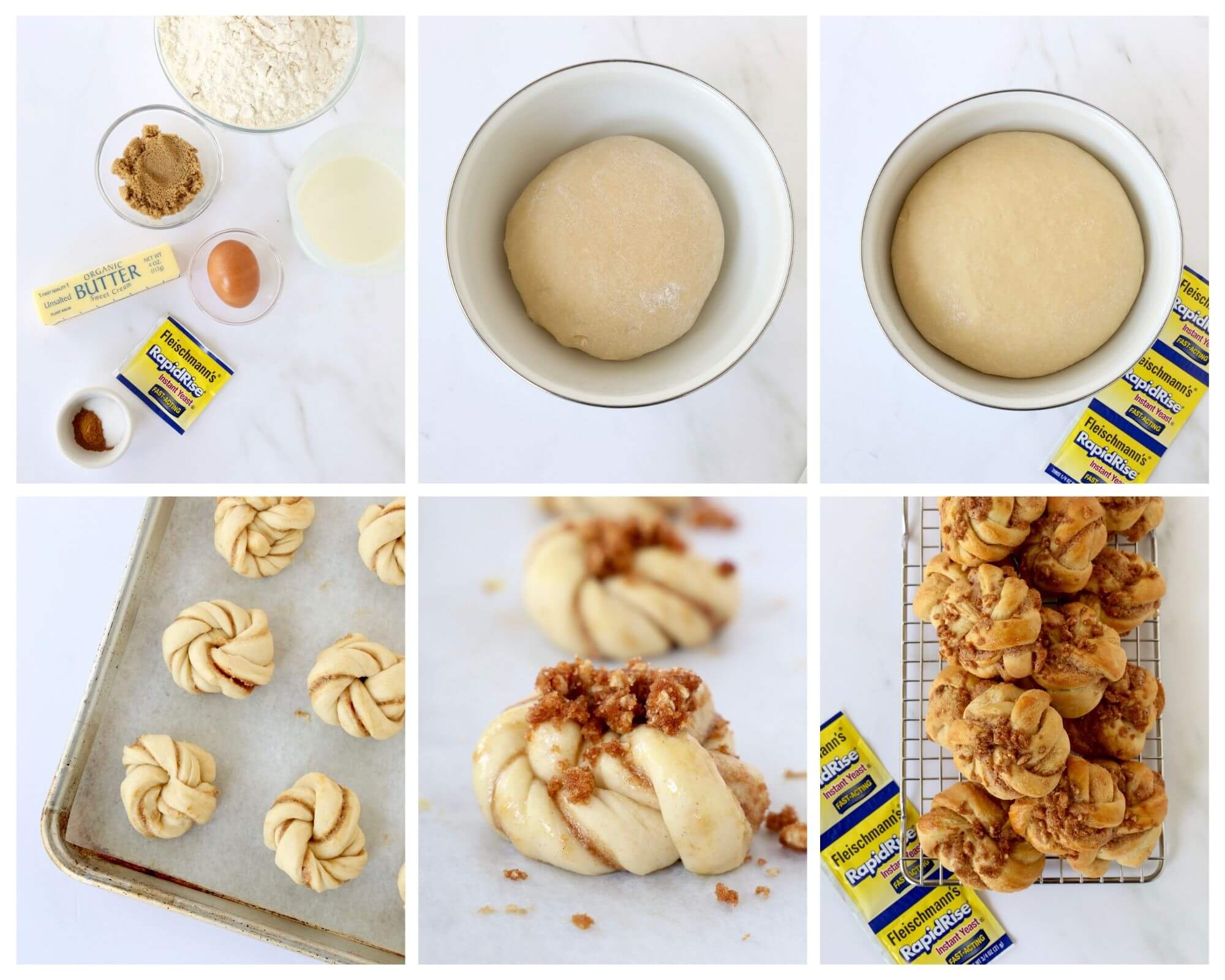 A similar process to making a classic cinnamon roll, Almond Cinnamon Knots is the same technique with a different design.  The swirl of the knot guarantees almond and cinnamon in every bite.  The dough is a classic yeast dough made with flour, sugar, RapidRise®, salt, milk, butter and eggs but the addition to the light brown sugar and cinnamon adds extra flavor and a sneak peak of fall.   Almond cream, also known as frangipane is one of my favorite additions to tarts and croissants and it is equally as amazing spread over this dough and covered in cinnamon sugar.  What I love most about the Almond Cinnamon Knots is the simple process that RapidRise® gives them.  There is only one twenty minute rise time to get a fresh homemade dough that you will love and can use in so many different ways.  Once the dough is rolled out and filled with almond cream and cinnamon sugar, the twist is what makes these extra special.  Twisting each piece of dough and tying them in a knot makes the beautiful shape, topped with a buttery cinnamon sugar almond crunch! 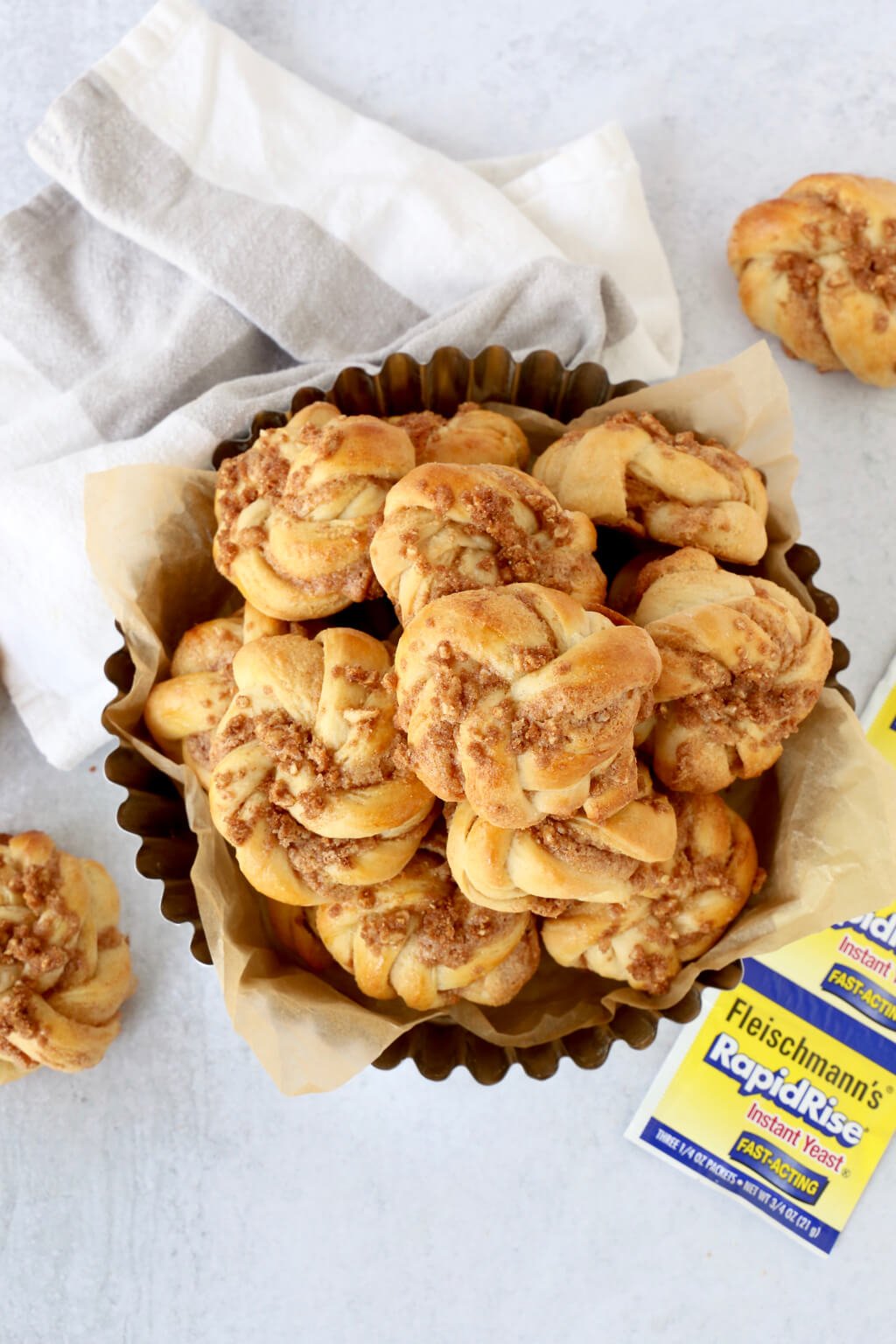 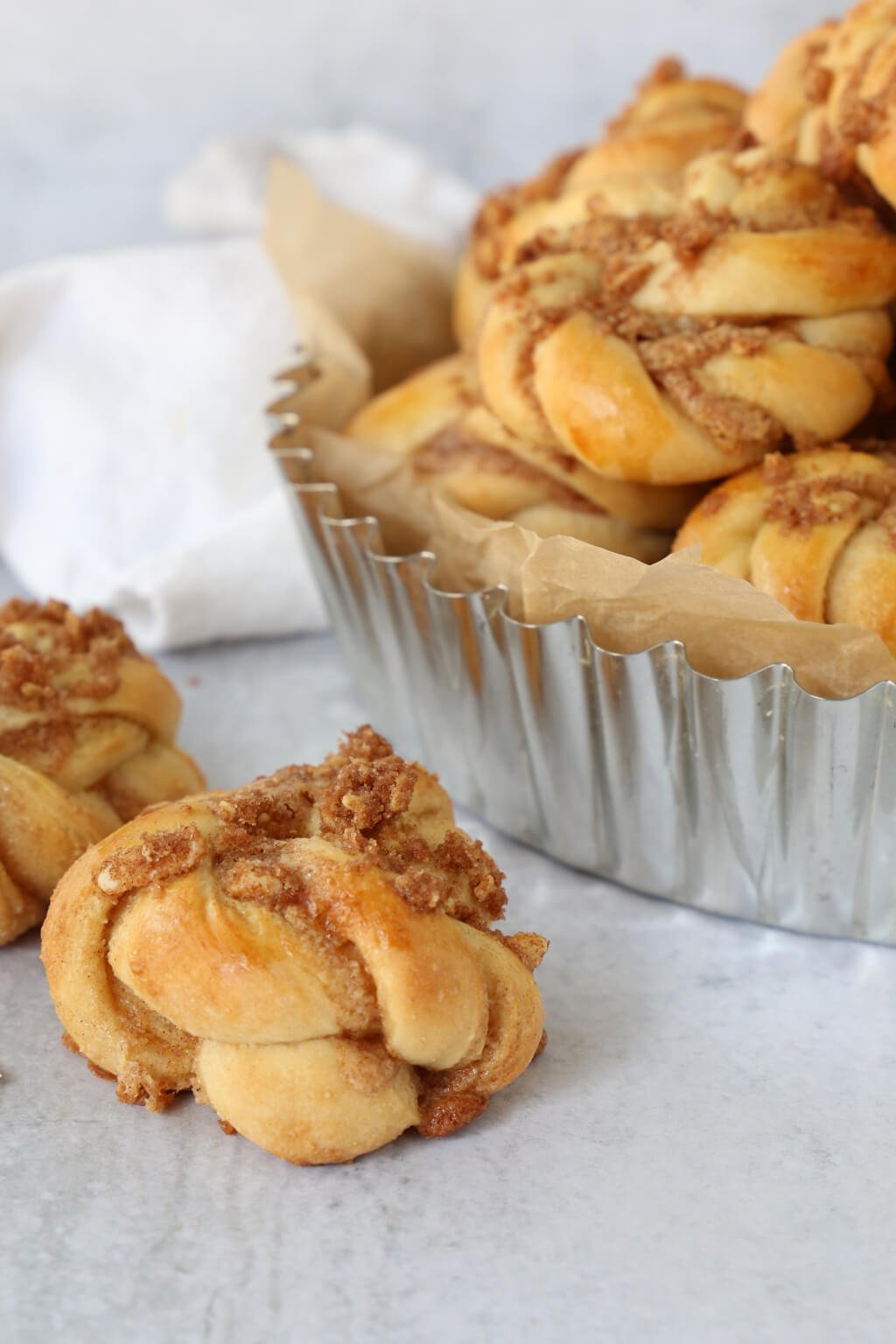 Recipe Tips To Make Almond Cinnamon Knots
Using yeast recipes can be intimidating, but it is easy and simple if you follow a few simple rules. 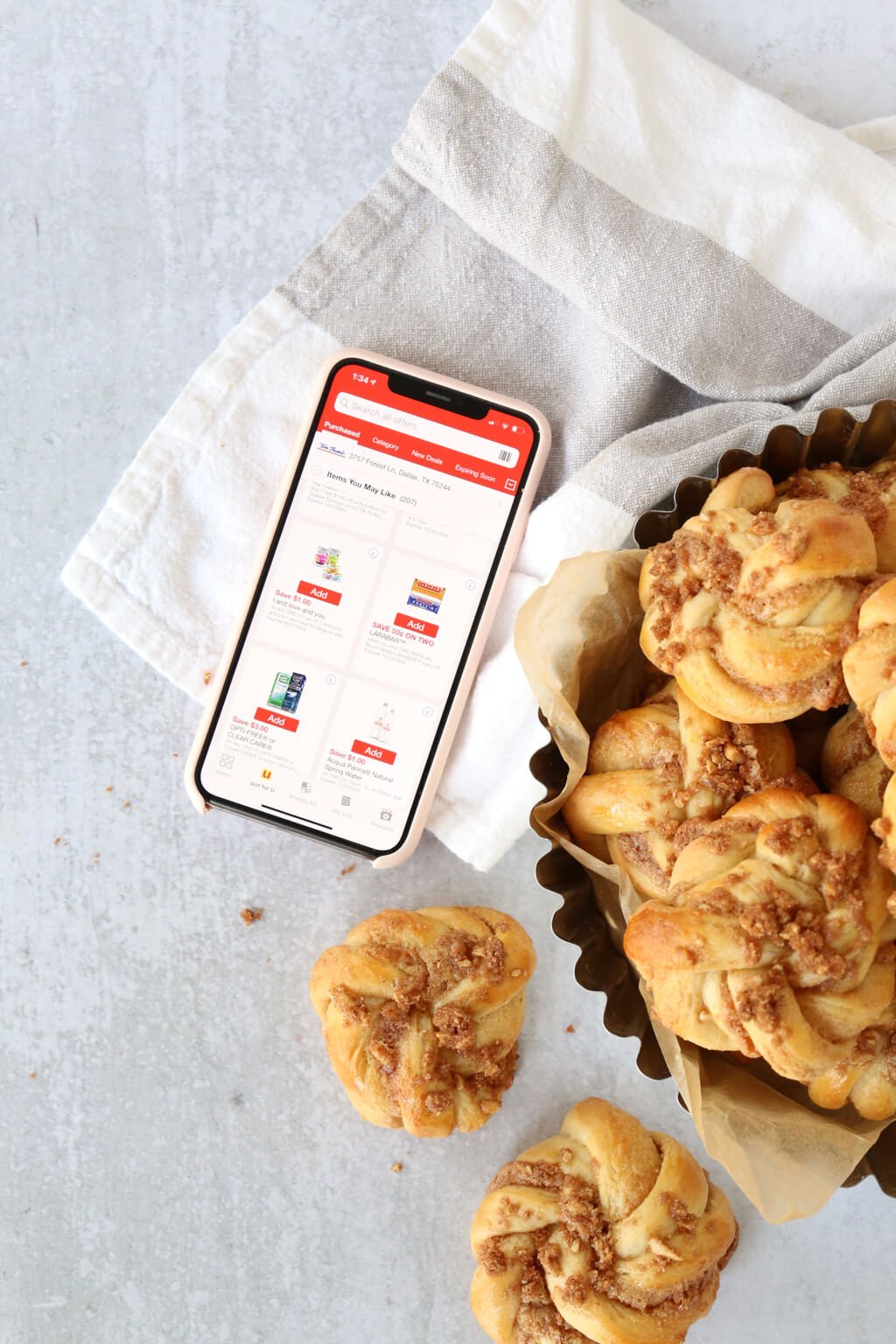 Other Recipes Using Fleishmann's® RapidRise® Yeast You Will Love 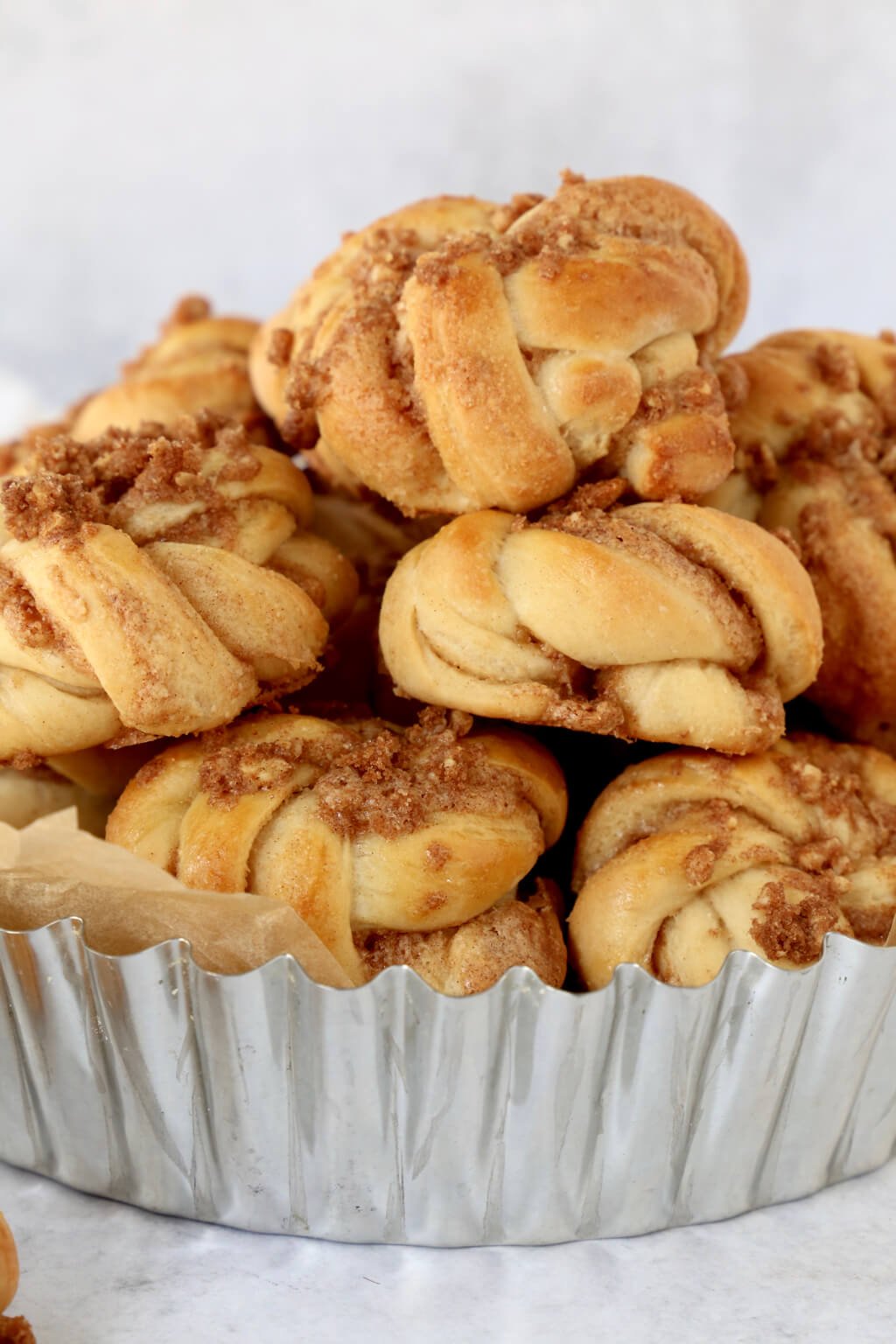 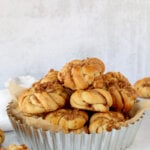